“Fish on Wheels” has been developed so fish can steer their tank into a certain direction. Our pet fish have always been limited to their water holding area known as “the fish tank”. In an attempt to liberate fish all over the world, the first self driving car for fish has been developed. This car moves by detecting the fish’s position with computer vision. Up until now driving vehicles has been limited to mankind only (excluding a handful of autonomous vehicles driven by computers), but now your pet fish can also put the pedal to the metal.

A prototype version of  “Fish on Wheels” has been constructed using a standard webcam, a battery powered Beagleboard and an Arduino controlled robot vehicle. Using the contrast of the fish with the bottom of the fish tank his position is determined and used to send commands to the Arduino for moving the car into that direction.

Hopefully this invention will encourage more development in enhanced pet mobility, so pet animals can travel the world more freely. 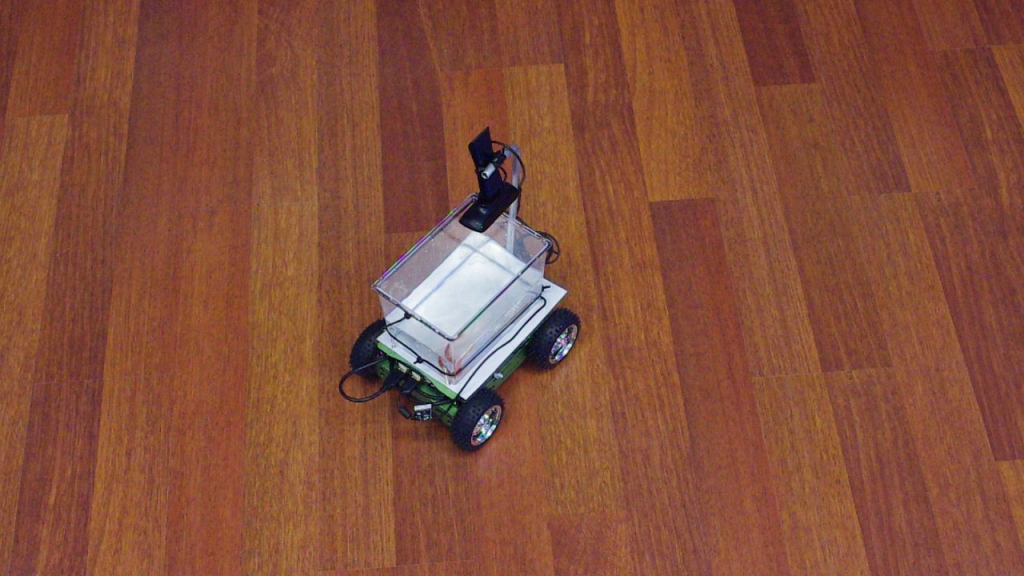 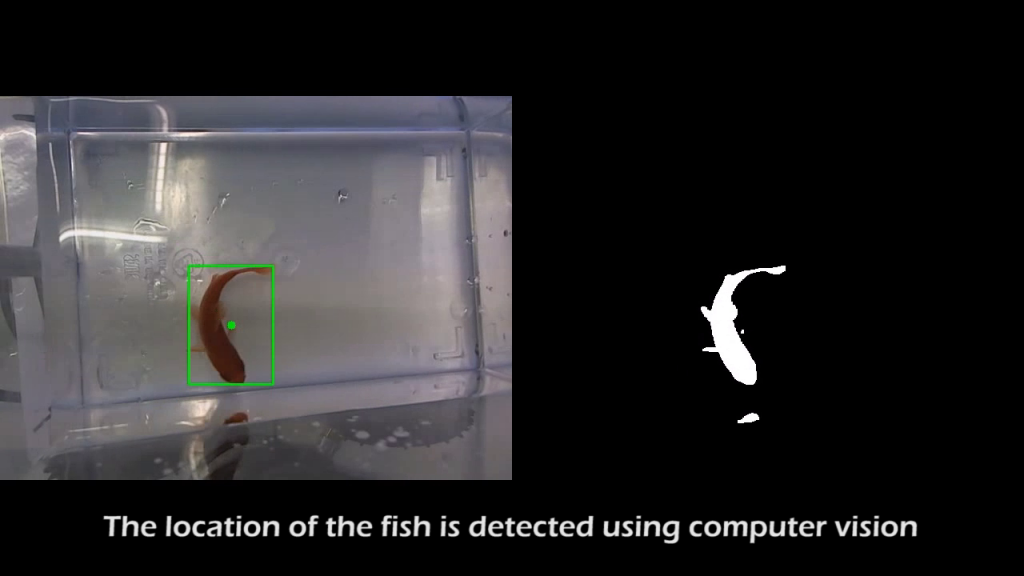 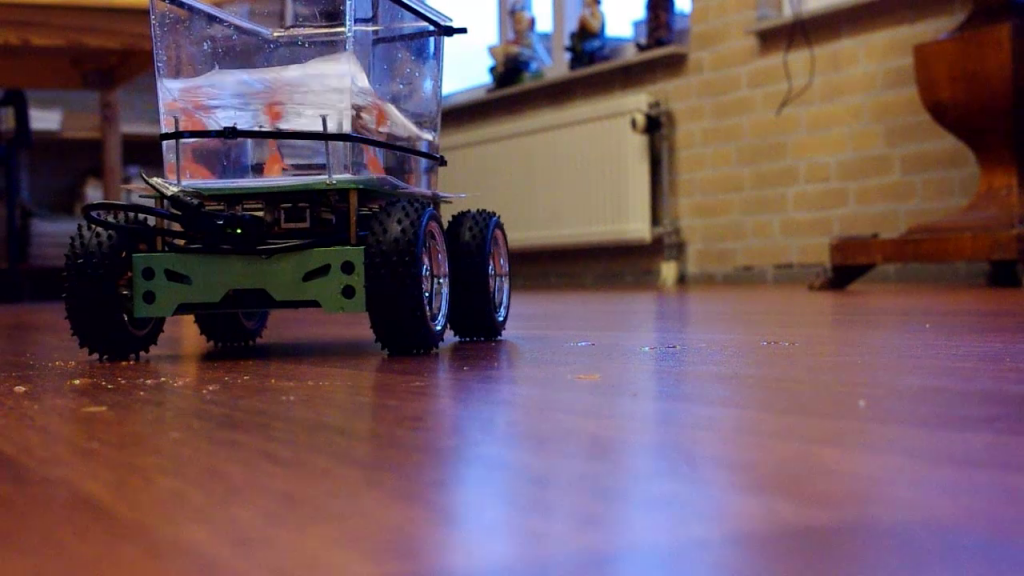 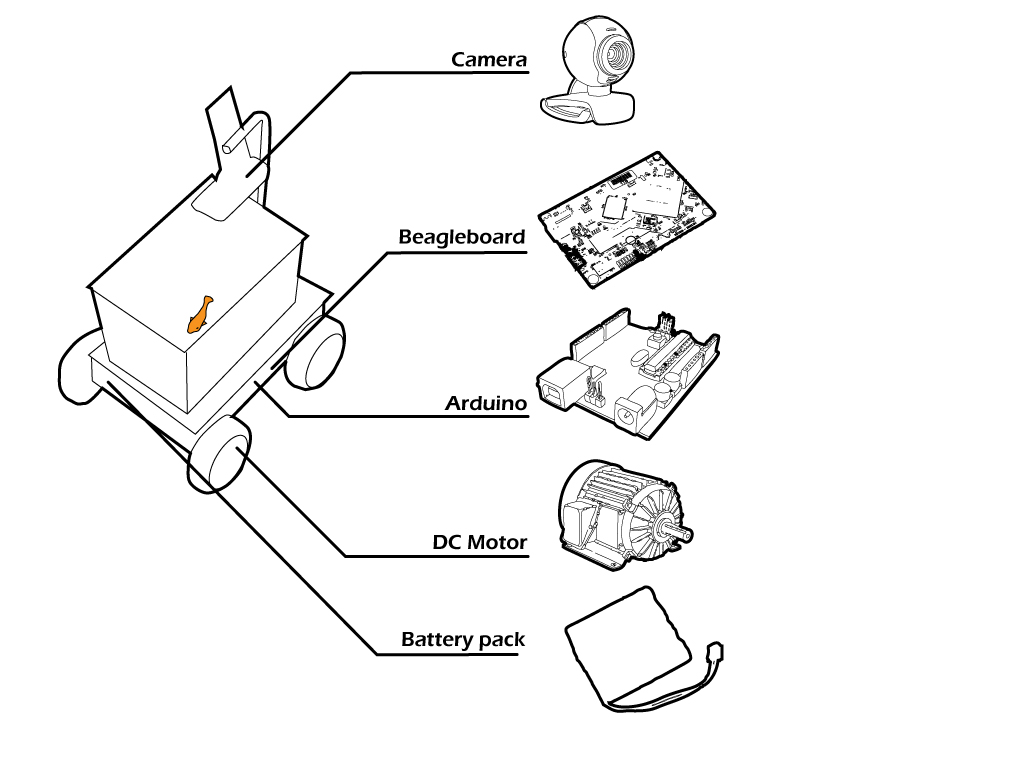