Between the 13th and the 19th of december the Bridge Card Reader was used to broadcast bridge matches at the Sport Accord World Mind Games in Beijing. Twelve systems were present to cover both the open and the women events. This was the first time that the Bridge Card Reader was also able to broadcast a pairs and individuals type of event, next to the teams events that were already possible. A number of improvements were made during the tournament and the innovations that were developed beforehand were thoroughly tested. An important step was made to make it easier for players to enter their results to ensure real time broadcasting. We will continue to improve the usability of the system next to the recognition rate of playing and bidding cards for the next tournament. 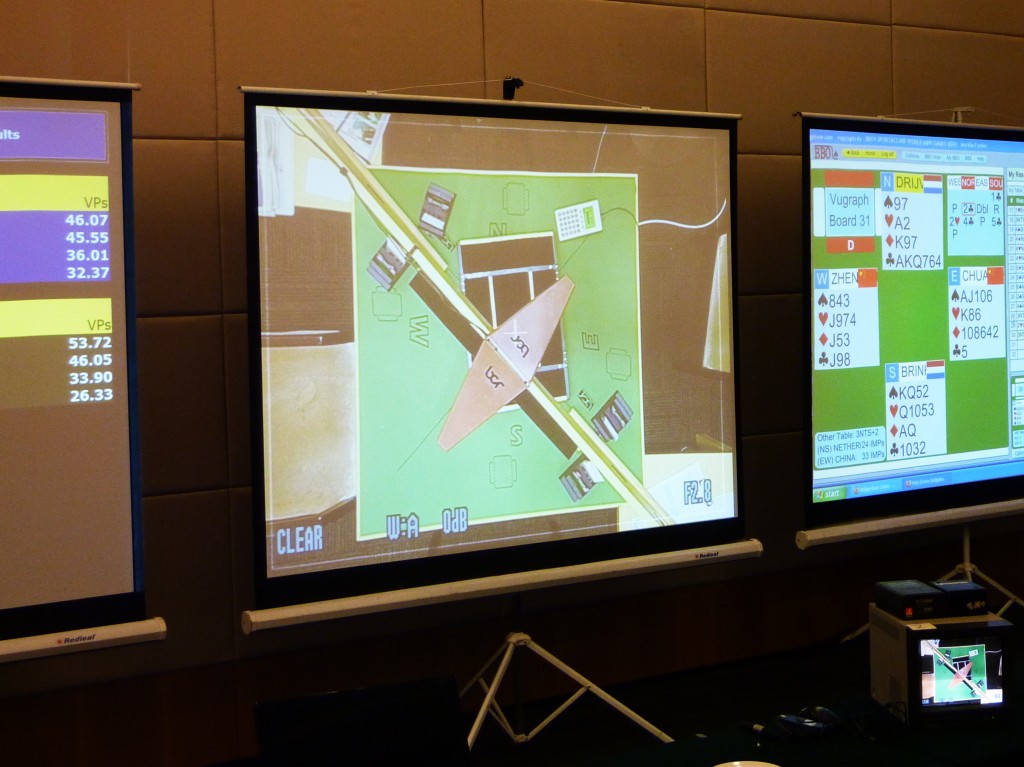