The World Bridge Championships in Veldhoven have already started last week with the opening ceremony on Saturday the 22nd. As all Bridge Card Reader systems are working there is now time to report the proceedings in this post. By now we have broadcasted 144 matches, a total of 4608 boards and detected 121.543 playing cards. Overall the systems are running well and by now almost all players have gotten used to the system. Except for missing some biddings due to the enormous spotlights above every table the detection works as expected. Today will be the last day of broadcasting as the quarter finals are currently underway (the Netherlands are doing well against Iceland) The remainder of the matches is held in special rooms and will be broadcasted the traditional way. Tomorrow Studio diip will pack all of the BCR’s again because the next destination is Beijing, China for the World Mind Games. More news about BCR on the World Bridge Championships can be found in the article on the dutch computerIdee website. Some pictures can be found below for an impression of the tournament. 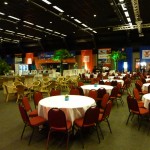 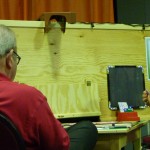 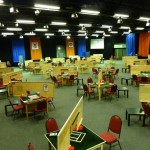 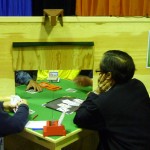